High-tech manufacturing in the Isle of Man has been thriving for over 60 years with the Island’s companies covering a range of advanced engineering and manufacturing sectors including aerospace, automotive, energy and space. The aerospace and aviation industry is a priority sector for the Isle of Man’s Department for Enterprise which can be clearly recognised by the business support provided in the form of the Isle of Man Aerospace Cluster (IOMAC).

The IOMAC members are positioning themselves to take advantage of rising commercial aircraft deliveries and higher defence spending. Both Boeing and Airbus are increasing commercial deliveries. At the start of 2018,

Boeing had a backlog of 4,413 planes for its 737 singleaisle jet, and the company has previously said it plans to boost production to 52 planes per month in 2018 and 57 in 2019. Airbus’ backlog now stands at a record high of 7,265 firm bookings, roughly 10 years’ worth of work at current delivery rates. Airbus should see its production rate on its A320 single-aisle plane increase, from a rate of 52 aircraft per month in 2018 heading towards 60 in 2019.

Supply chain manufacturers have been making significant capacity investments and are therefore well positioned to meet production rate increases. Yet the risk of supply chain disruptions remains. The ability of smaller suppliers to make the necessary investments to accommodate almost 120 single-aisle aircraft per month in 2019 could be a concern.

The defence industry outlook is also positive, with military expenditures forecasted to grow for the fifth consecutive year according to Jane’s Defence report. The increase in defence spending reflects improving economic conditions around the world, coupled with a response to continuing instability in a number of key regions, which suggests that recent growth primarily relates to improved economic and fiscal conditions in established markets.

The North West Aerospace Alliance is privileged to support the Isle of Man Aerospace Cluster at this time of unprecedented growth in the Aerospace and Defence markets. The IOMAC forums provide the senior leadership teams of the IOMAC members with the opportunity to hear from leading industry and academic speakers about where markets are heading and what customers require in terms of new technology and supply chain performance.

A further benefit of the IOMAC forums stems from the growing relationships between the members. One way of meeting the future growth of the industry is going to be through ever increasing collaboration. The North West Aerospace Alliance is certainly committed to increasing our collaboration with the Isle of Man Aerospace Cluster! 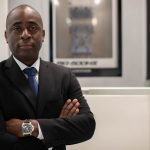 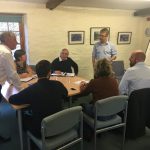